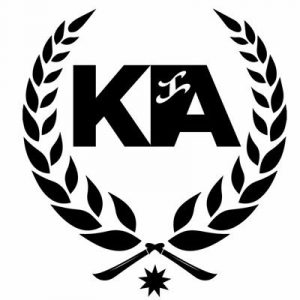 FCA is a part of the Kabataan Alliance (KA). KA is a national alliance of Filipino youth and student organizations dedicated to serving communities in the U.S. and back home in the Philippines.

On January 8, 2014, twenty-four Filipino youth and student organizations came together and formed Kapit Bisig Kabataan Network (KBKN) in response to Typhoon Haiyan. It began as a national relief network that raised funds and awareness for typhoon-affected communities in the Philippines. They led relief and rehabilitation trips to the Philippines to support those affected by disasters, both natural and man-made. Through these mission trips, members of KBKN learned about the ongoing issues the Philippine citizens are experiencing beyond natural disasters such as poverty, landlessness, and militarism. KBKN realized that its organization could be used for something greater than a relief network; an organization whose purpose is to advocate for environmental justice and human rights.

KBKN recognizes that as Filipino youth and students in the United States, they have a role to actively participate in addressing these issues and creating social change. As a result, in 2017, KBKN has decided to transform its organization into Kabataan Alliance (Youth Alliance).

At the national and district level, Kabataan Alliance holds many events in conjunction with FCA.

Kabataan Alliance aims to educate, unite, and act for the rights and welfare of our people in the United States and in the Philippines:

Kabataan Alliance x DMV Filipino Youth purpose is to encourage the younger generation to engage in community organization, find their voice in society, and achieve their full potential.

If you have any questions about KA, contact our Community Service Chair, Francis Maglaqui.

FOR THE ONES LEFT BEHIND: Community Teach-In On the Philippine Human Right Act

Kabataan Rally in D.C. to Defend Democracy and Reject Marcos-Duterte