Filipinos in Rap and Hip-Hop 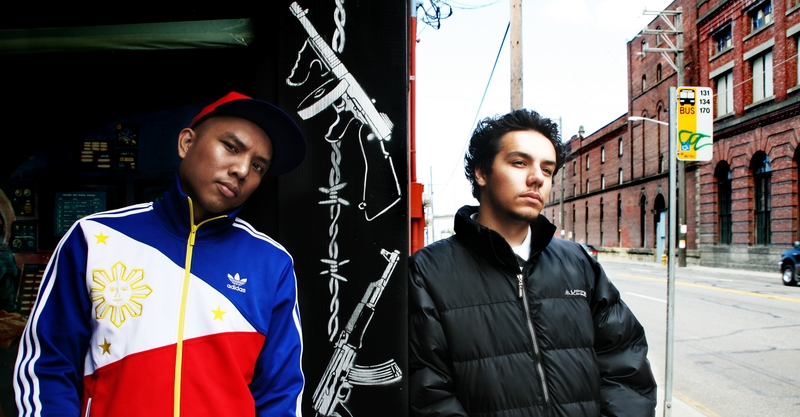 On the surface, the lyrics of Filipino Hip-Hop and Rap artists may seem tame. However, the underlying connotations of their lyrics hold truth and testament to the status and heritage of Filipinos and Filipino-Americans across the world. The social awareness and activism of these artists has fueled the rising of “Raptivism,” a subgenre of rap focusing on activism.

Popular Filipino Hip-Hop and Rap artists such as Blue Scholars, Apl.de.ap of The Black Eyes Peas, Bambu, and Kiwi all share a common goal – to establish and promote awareness of social and migration issues in the Philippines and the United States, racism, and the Filipino diaspora. These artists take note of injustices, evaluate them, and utilize music to communicate their messages.

Kiwi Illafonte, otherwise known as Kiwi, grew up in Los Angeles and was constantly surrounded by gang violence, police brutality, and racial injustices. To promote awareness of these issues, he ventured into the music industry, meeting Bambu, another commonly known Filipino rapper, along the way. Connecting their Filipino roots, they collaborated in a rap group called Native Guns and committed to educating and uplifting youth of color in the United States and the Philippines. One of their most well-known songs, “Home Cooked” featuring Blue Scholars, contains the lyrics “Our history, the teachers never teach until we reaching for the notion of a nation from each” in reference to the erasure of Filipino history in American history as a result of decolonization of the Philippines by the United States.

The Seattle-based rap duo Blue Scholars, comprised of DJ Sabzi and MC Geologic, is another example of Filipino raptivism at its finest. Their duo name, Blue Scholars, plays on the term “blue collars,” referring to manual labor workers paid on an hourly wage. The vast knowledge DJ Sabzi and MC Geologic have of Filipino and Filipino-American history contributes to the authenticity of their music, which also deals with issues of immigration, racism, and American neo-imperialism in the Philippines. In “Home Cooked” by Kiwi, Bambu, and Blue Scholars, Geologic raps, “My heart still pumps the blood of Datu Lapu-Lapu” in reference to Lapu-Lapu, who is regarded as one of the first Filipino heroes in history, as he fought against the Spanish conquistadors and ultimately killed Ferdinand Magellan, the Spanish leader. The Blue Scholars are metaphorically channeling their inner Lapu-Lapus and, thus, fighting the injustices of today’s society through their powerful music.

These Filipino artists (and geniuses) represent the strength of the minorities in Rap and Hip-Hop. Their messages ultimately prove to be powerful and necessary in today’s American and Filipino societies, as they seek to connect the two and bring attention to their downfalls. Through Filipino raptivism, the real contemporary issues are finally brought to light and discussed from a Filipino perspective.