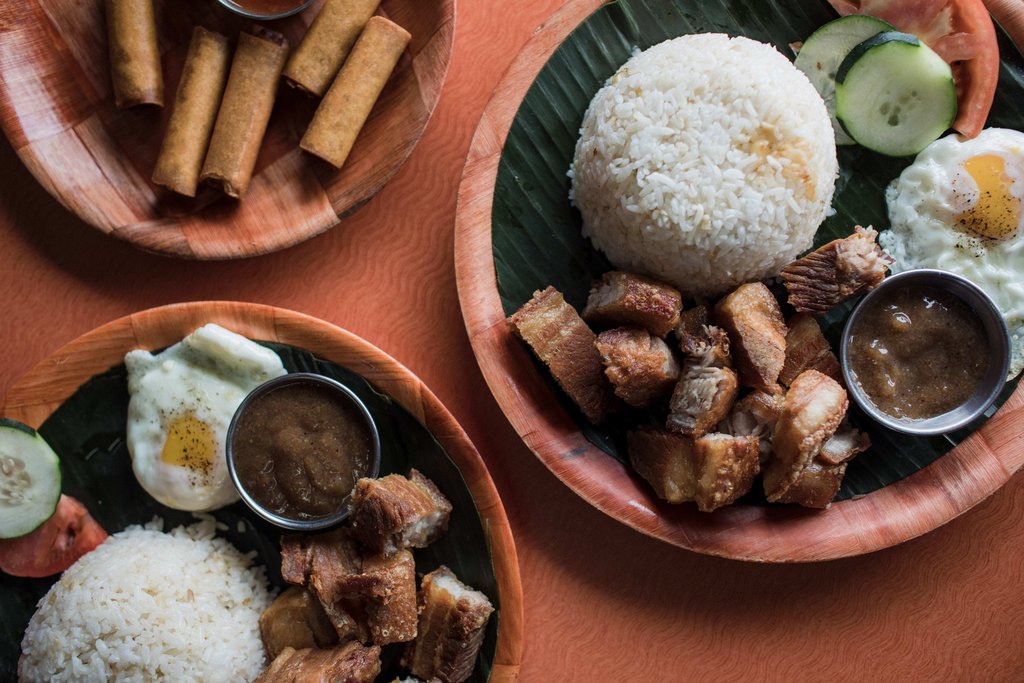 White rice, lumpia, and lechon – staple foods in the Philippines

In the Philippines, over 144 distinct ethnolinguistic groups are found, each of them having their own distinct forms of Filipino cuisine. However, the majority of mainstream Filipino dishes come from the cuisines of the Bikol, Chabakano, Ilokano, Meranaw, Sebwano, Tagalog, and Waray ethnolinguistic tribes. These dishes range from very simple, such as meals of fried fish and rice, to the very complex, such as paellas and cocidos, which are typically cooked for parties and other festivities. These delicious meals all originated somewhere, though. The question is: where and how?

Over the years (dating back to the origins of the Philippines), Filipino cuisine has evolved due to Indian, Chinese, Spanish, and American influences, mostly as a result of colonization and/or intermingling of their cultures. For example, the heavy influences of Chinese and Malaysian cuisine can be found in the savory soups and heavy use of soy sauce in Filipino foods. Simpler meals like eggs, rice, and longaniza and more complex foods like paellas and cocidos were also inspired by Spanish cuisine.

When the Chinese arrived in the Philippines to trade way before Spanish colonization, they introduced plenty of new ingredients to Filipino cuisine. Some of the most prominent of these ingredients include soy sauce, bean sprouts, tofu, bamboo shoots, lemongrass, and fish sauce. Pancit, one of the most popular Filipino foods with several variations across different regions of the Philippines, and its main ingredient, noodles, are also heavily influenced by Chinese cuisine.

Past colonizations of the Philippines have introduced new flavors and cooking methods to Filipino cuisine. When the Spanish first colonized the Philippines in the 1500s, they introduced the Filipinos to ingredients like olive oil, paprika, saffron, cheese, ham, and other cured sausages. The Spanish also introduced sautéeing and braising as cooking methods. Some of the most prominent Spanish-influenced Filipino foods include adobo, paella, embutido, leche flan, and churros.

There’s no doubt that Filipino cuisine is delicious; there aren’t that many things better than going home and eating some delicious homemade Filipino foods, like pancit, lumpia, and crispy turon for dessert. However, it’s also important to know how these foods came to be. Once you do, you really start to appreciate them much more!