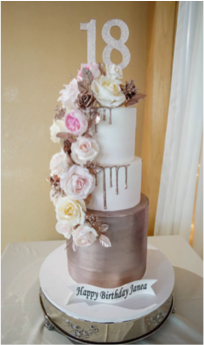 Whether they are serving as the head of their households or the head of the country, women in the Philippines continue to remain inspiring and empowered as the nation continues to recognize their importance (17). Becoming a woman in Filipino culture is not only celebrated with this increased opportunity to become leaders and influencers to those around them, but also more traditionally, with a ceremony to welcome them into adulthood, known as a Filipino Debut.

A Filipino debut is a coming-of-age celebration to honor a Filipino woman’s 18th birthday. She is celebrated by her loved ones and her peers as she makes the transition from adolescence into adulthood. While traditionally, the event was held to present daughters to bachelors and was seen as their gateway to womanhood, more modern 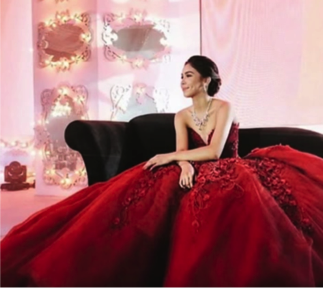 celebrations have been seen as an event to unite friends and family to celebrate a debutante’s womanhood and independence. There is traditionally no religious significance that goes along with debut, but it can be implemented depending on the desires of the parents and the debutante. The celebration is often grand, as it holds great meaning in the life of a Filipino woman, and it involves the closest and most significant people in her life as she turns 18. 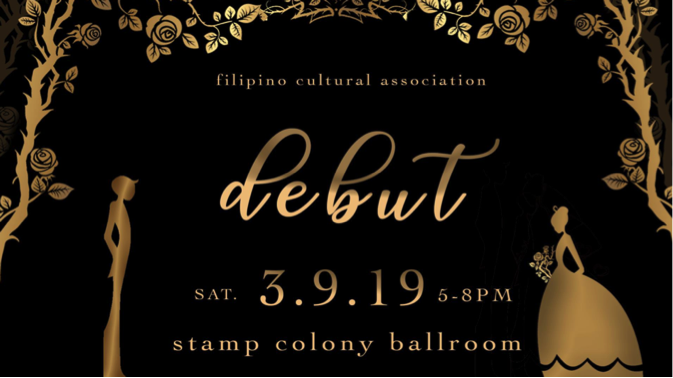 The debut takes many forms across different cultures. It is seen as a quinceanera in Spanish cultures and is a celebration for a girl’s 15th birthday. Traditionally, at this age, women would be taught how to cook, weave, and of childbearing, as these were skills believed to be necessary in the world of womanhood as believed by Spanish-Catholic traditions (4). It is often a grand event in which the celebrant dons an extravagant gown and has a grand celebration with her friends and family. This celebration is paralleled in American and Canadian society with a “sweet 16,” celebrating a woman’s 16th birthday and her entrance into young adulthood (1). A similar celebration to these is the debut, celebrated in American and British societies, in which young, typically elite women, are presented to society to model their womanlike behavior, celebrate their wealth and affirm their social identity (12).

These similar ideals are incorporated into the Filipino debut tradition. The celebration typically includes various traditions which provide the debutante with the advice and tools she needs as she transitions into womanhood. While the event itself requires planning, the traditions which take place during the event also require practice, rehearsals, and preparation to properly honor the debutante.

Similarly, FCA’s debut requires members from each class to help organize debut and plan how they will participate in the traditions to honor their classmate debutante.