FCA makes it its mission to promote awareness and education of Filipino-American culture for the University of Maryland community by inspiring its celebration through shared experiences. While many members of FCA are Filipino-American, there are also several members who are not of Filipino background. All members seek to learn about Filipino culture. For many students in the organization, joining was a way to find a connection and potentially bridge a gap between being Filipino-American and the Philippines. Several Filipino-Americans growing up in the US are not exposed to several Filipino traditions or even the language (3). College offers the opportunity to discover oneself, whether it is through one’s culture or interest, and FCA allows them to do just that.

Members of the organization will remind you that the center of FCA is culture and whether it is through practicing a traditional Filipino dance, participating in Tagalog coffee hour, or taking Filipino-American Studies class here at the University of Maryland, that awareness and promotion of Filipino culture is the heart of the organization. While a debut may only take up a small portion of this cultural aspect of the organization, its promotion of togetherness and appreciation, is one of many very strong core Filipino values. The purpose of having debut, while it is traditionally meant to honor women and their transition into womanhood, allows members to recognize this tradition, but instead of it signifying independence and adulthood, it is an event to promote togetherness by honoring a member. Melanie, FCA’s 2018-2019 cultural chair and her freshman year FCA debutante states that debut is a main cultural event held by FCA because it “is an opportunity for us to appreciate our general body members in a way that honors Filipino culture.”

For those who have had their own debut, Katie, FCA’s 2016-2017 cultural chair states that through her debut, she felt more connected to her roots and grew closer with her mother, saying that it was “the opportunity for her to tell me about her debut in the Philippines, share her favorite memories, and all the work she put into it” (K. Medina, personal communication, April 26, 2019).

For me, having a debut was an eye-opening experience, as the traditions made me realize the impact I had on other people’s lives, inspiring me to want to continue to grow as I entered adulthood. The feeling of being the most important person in the room as guests “selflessly recognize the debutante in front of the entire audience is what makes [being a debutante] special,” according to Melanie, FCA’s 2018-2019 co-cultural chair and FCA’s debutante 2 years ago (K. Medina, personal communication, April 26, 2019).

It is FCA’s goal to commemorate an individual who has been an active member and has contributed greatly to the organization by honoring them with a traditional Filipino debut. While it provides an experience for general body members to partake in, the cultural aspect comes from learning about the tradition itself as members of each class actively participate and from the understanding of some Filipino values which are togetherness and family. The tradition of a Filipino debut has become a tradition in FCA as well, uniting its members through this cultural and social event and bringing people closer together. 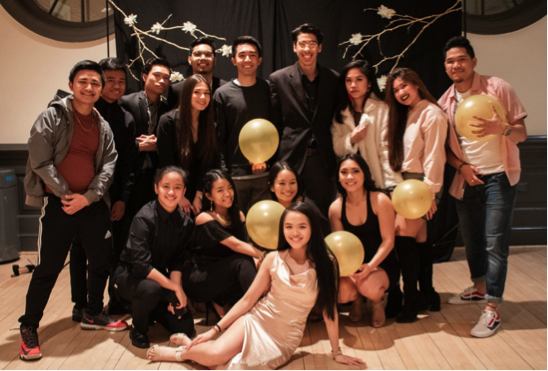