Planning of a Traditional Debut

The planning of a debut can take several months. A venue is chosen in advance for the celebration and a theme is established, often chosen by the debutante herself. Aside from the logistics involved in planning a traditional debut, months of preparation is typically required of members who partake in the various Filipino debut traditions as they need time to rehearse and prepare adequately to honor the debutante. Typically, the debutante makes a grand entrance with an elegant gown and she sits at the front of the venue to be honored.

While there are several variations to the traditions that can be involved in a Filipino debut, there have been 4 traditions which remain the most significant in the life of the debutante.

One tradition is the 18 candles. These 18 candles are represented by 18 significant women in the life of the debutante, typically close friends and family members. During the presentation of the 18 candles, each woman holds their candle and gives a speech to honor the debutante, giving her meaningful messages she will take with her throughout her life, as well as advice as she enters adulthood. The light is meant to guide the celebrant as she navigates her way through the world of adulthood. 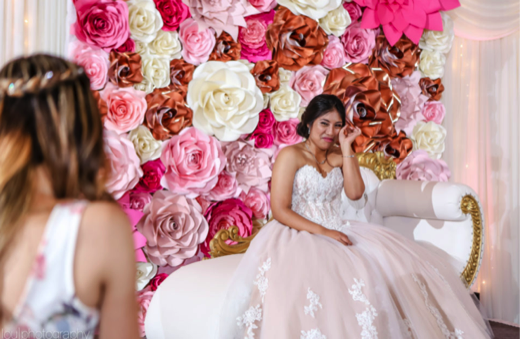 A debutante becoming emotional while listening to one of her candle’s speak. © Lou Photography/ Courtesy of Emily Grace debutantes.

Another tradition is the 18 treasures. These treasures are gifts which are given to the debutante by people who know her best. Before the gift is given to her, the individual presenting the present describes why the gift is significant, revealing the celebrant’s character, her interests, and her passions. Each treasure is meant to signify an important tool that can be used to develop the celebrant’s character and help guide her through her development as she becomes an adult. 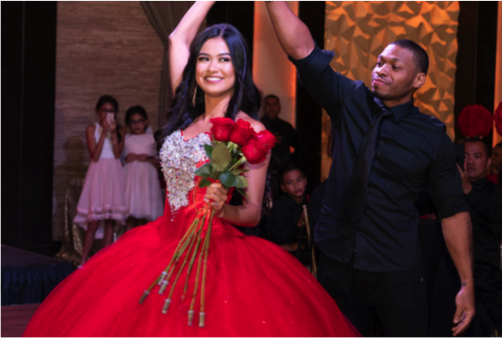 A debutante dancing with one of her roses. © Kristina Alexis Photography/ Courtesy of Emily Grace Debutantes.

The cotillion is an entourage of 18 individuals, 9 females and 9 males, of the celebrant’s peers. The entourage performs a waltz to honor the debutante, often requiring months of implementation and rehearsal in order to plan and practice the choreography. 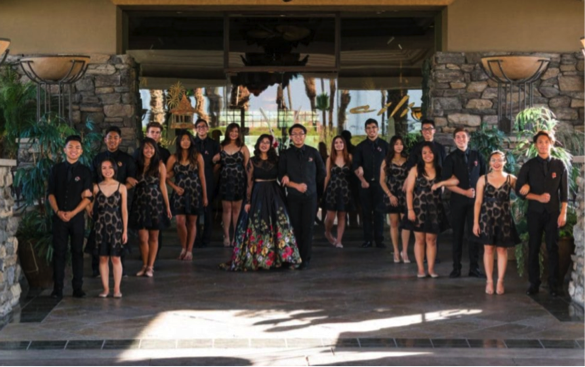 A debutante (center) with her entourage that participates in the cotillion. © M Place Productions/ Courtesy of Emily Grace debutantes.

All of these traditions celebrate the coming-of-age of the debutante in such a way that promotes togetherness, unity, and family, several ideals that are present in Filipino culture (14).